KOSUN TBM Muck Treatment System has been successfully put into use

With the rapid development of economy, urban rail transit has become an important part of urban infrastructure construction. At the same time, a variety of environmental problems brought by rail transit construction have always been a difficult problem for the government and construction companies, among which the treatment of a large amount of muck caused by shield construction is an important problem. Due to the characteristics of high mud content and high water content, the Muck produced by shield will inevitably leak during transportation, which will cause certain pollution to the environment. In order to clear the muck in time, a lot of clean water is needed when transporting. In some cases, the problem of shield construction is also hindered due to the failure of the waste soil transportation in time. 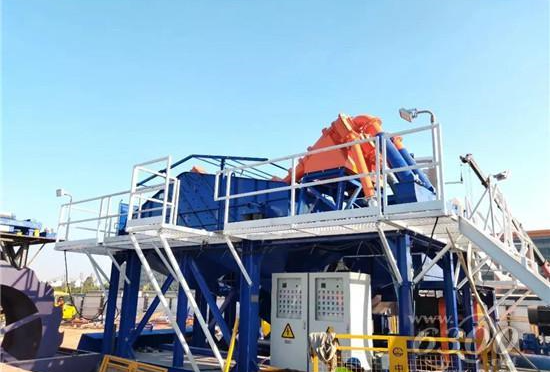 Although some solid-liquid separation equipment is also used to separate sand and mud, the existing technology still needs further improvement. At present, it is a difficult problem to deal with the muck generated by shield tunneling. If directly transported out of the country, not only the cost is high, but also will be left on the road, creating dust. At the same time, the muck contains a large amount of reusable sand, stone, soil, water, bentonite and foam, which will cause a huge waste of resources. 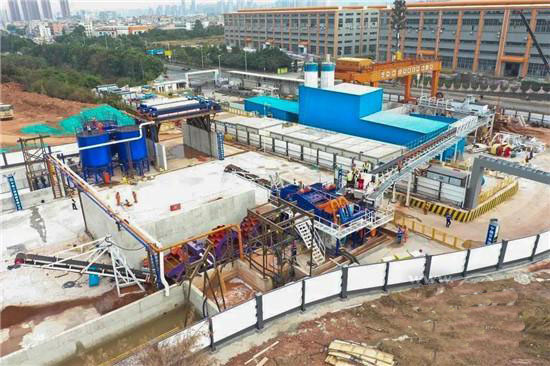 Recently, KOSUN TBM Muck Treatment System has been successfully put into use in a subway project at home, A belt conveyor system is used to transport freshly excavated muck from the depth of the tunnel to the feed hopper of the muck separation system on the surface. Finally, the separated coarse sand and fine sand is transported to trucks by belt puller, and the residue is separated and dried by classification, realizing the reuse of inorganic raw materials, water resources and realizing the recovery and reuse of the muck, which also produces good economic benefits.TBM Muck Treatment System Consult, please email sales@adkosun.com.